Meet the team Our Facilities

GCA with Kelley Brooke provides elite coaching for all skill levels and ages.

No matter which location, or which instructor, we strive to give the same quality lesson with the same structure. Our team of coaches, doctors, physical therapists, TPI Specialists and fitness trainers are certified in multiple areas of expertise including Trackman, K-Vest Biofeedback Technology, TPI, Boditrak, OptiBrain, Blast Motion and more.

We perform detailed evaluations on launch angles, spin rates, angles of attack and more. We perform  biofeedback evaluations to determine swing faults and fixes. We perform Power and Physical Assessments to assure that there are no issues with flexibility, mobility or stability impeding improvement. We use ground force plates to analyze weight shift and ground force efficiency. We perform brain scans to analyze synergy and serenity when under pressure. We use video analysis to explain how to improve your data and swing. We use putting technology to teach rhythm and to eliminate inefficiencies. Additionally, we have a wide array of teaching aids and drills to help you feel positions and get your swing technically sound.

The 2018 LPGA Golf Professional of the Year, Kelley Brooke, is the Owner and Director of Instruction of the Golf Channel Academy with Kelley Brooke, with two locations in the New York metropolitan area (Long Island/Bethpage Black GC and Brooklyn). She is also the President/Founder of the Bethpage Golf Group. A protégé of Butch Harmon, as well as Craig Bunker at the John Jacobs’ Golf Schools, Kelley has spent the last 35+ years in the golf industry as a player, teaching professional and golf facility owner.

Over the past 25 years, she’s done much to change the face of golf in the New York City metropolitan area. In addition to giving more than 40,000 golf lessons, Kelley formed the not-for-profit NYC Junior Golf Club, Inc., the Police Athletic League Golf Program and conducting hundreds of Golf Clinics and Golf Schools. She also developed a “Fit for Life” program for children with disabilities, providing thousands of children with disabilities throughout the five boroughs an opportunity to play the game. In 2010, the NYC Mayor’s Office and Commission on Women’s Issues selected Kelley as a woman who has a made a difference during “Women in History Month.” 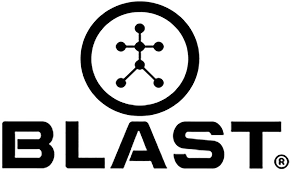 A Golf Range Magazine Top 50 Golf Instructor, Kelley has hosted several golf television shows on cable, most recently “Golfing NYC Style” and “The 19th Hole.” She’s also made guest appearances as a golf expert on The Travel Channel’s “Hotel Impossible,” and written for many golf periodicals, including Golf Digest and Junior Golf.

An accomplished player before joining the teaching ranks, Kelley won an individual state championship in high school (Iowa) and earned All-Big 10 honors at the University of Iowa. Kelley also represented the United States as a member of the University World Cup Team. As a high-schooler, she qualified twice for the LPGA Rail Charity Classic. She also competed professionally on the former Futures Tour and Players West Tour.

Golf Instruction With A Purpose

Find A Coach For Your Game 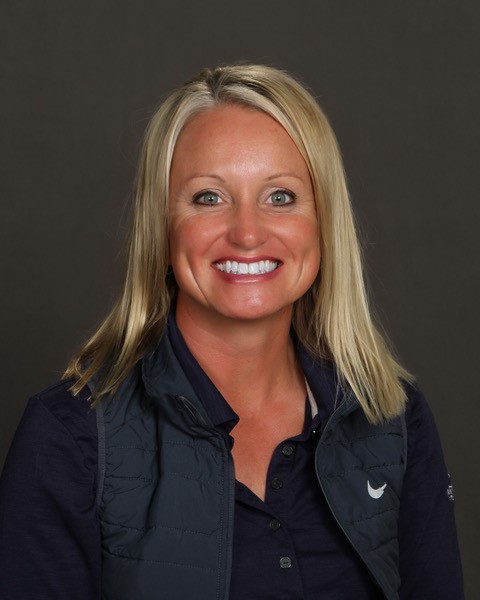 Megan Younkman has been dedicated to the golf industry with over 29 years of intensive teaching and competitive playing experiences and has given over 34,000 lessons in her professional teaching career.

A LPGA Class A Professional, Megan is in Farmingdale, New York at the infamous BethPage State Park Golf Courses as Director of Instruction at the Golf Channel Academy with Kelley Brooke (Bethpage Black Course – home to the 2019 PGA Championship and the 2024 Ryder Cup).

Younkman serves on the LPGA’s Global Education Team for their Teacher Education Program. Megan has been most recently appointed to serve on the LPGA’s Executive Education Committee (2019-2021) and served as Chair for the National Continuing Education Committee (2014-2018) for the LPGA Teaching & Club Professional Membership. Megan is known as a student-centered teacher, excellent communicator, motivator and has taught internationally in both Austria and Germany. Megan is the published author of “Managing Your Business Game”. In 2011, Younkman was appointed the Head Coach for the State of Florida and again representing the State of New York (Team Bethpage) in 2019 for both competing teams at the PGA Junior League Golf National Championships. She is a 2-Time Recipient the US KIDS GOLF Top 50 Teacher’s Award (hm).

Megan is a member of Proponent Group and The Positive Coaching Alliance. She is a U.S. KIDS GOLF Certified Coach, an LPGA-USGA Girl’s Golf Site Director, Blast Swing Motion Technology Certified and V1 Video Swing Analysis Certified. Megan also proudly works with the University of Tampa Golf Teams on Mental Game Strategies and is an Adjunct Professor for the University of South Florida Department of Education. After being introduced to the game at 14 years old and a successful junior golf competitive career with 2 back to back State Championship wins, she played collegiate Varsity Golf for The Ohio State University and The University of Toledo. 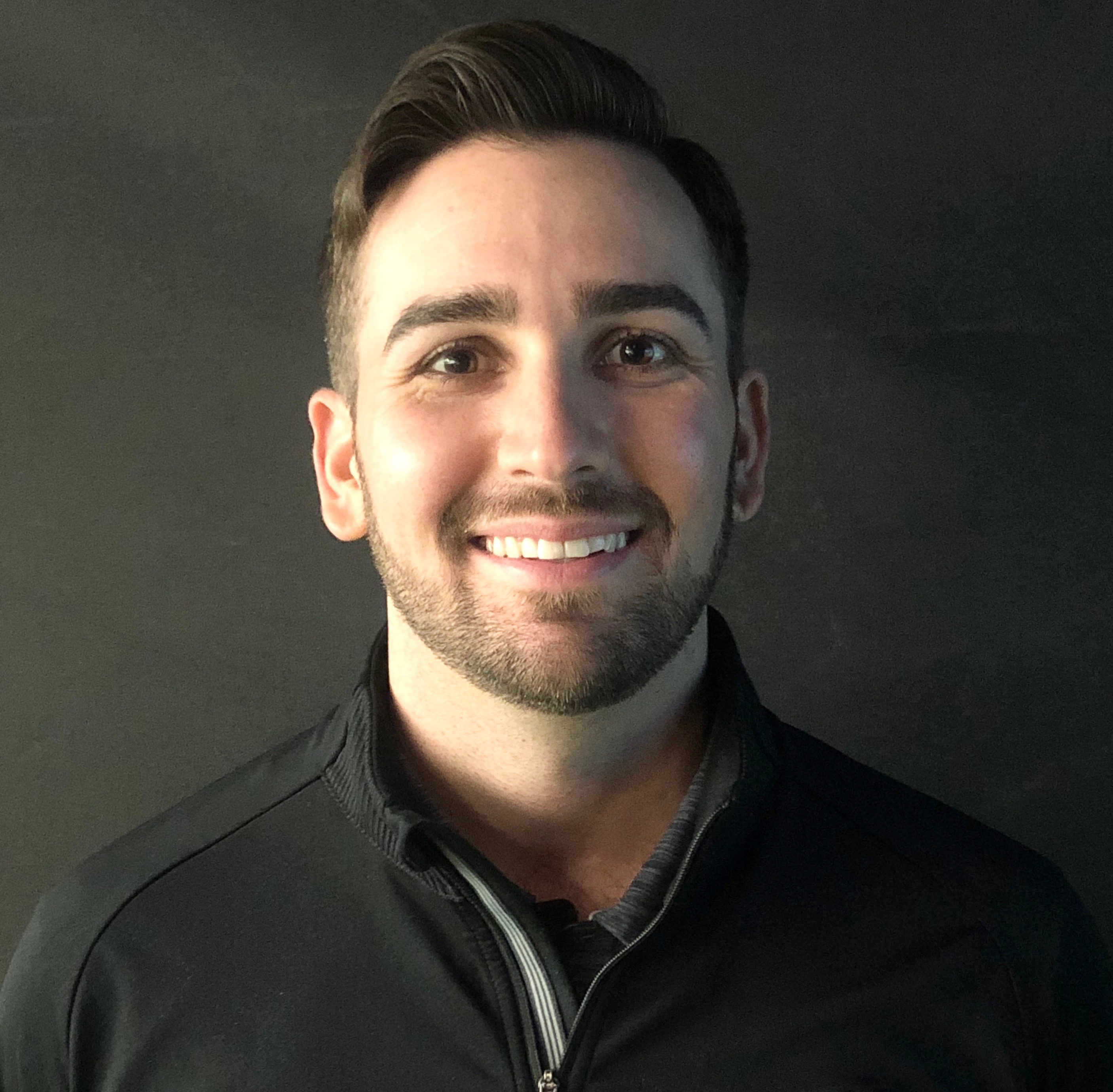 Justin Koﬀ is a Class A PGA Professional with over 15 years of coaching experience who has developed and grown some of the biggest junior golf programs in the country. He was able to host his own PGA Junior League, coached high school and college level athletes and delivered thousands of hours of group programming to juniors and adults alike. As a competitive junior golfer, he pursued his undergraduate degree in Professional Golf Management at Clemson University.

Justin is now the Head Golf Professional at Bethpage State Park where he has given over 15,000 private lessons and currently serves as a coach to hundreds of junior golfers as well as adults of all ages and skill levels. He is most prominently known for his time as the Program Director of The First Tee at Eisenhower Park, where he worked for the past 9 years developing a reputation for the best junior programs on Long Island. He has also worked at diﬀerent clubs in the Metropolitan NY area through various internships during his years at Clemson.

With a unique approach to teaching, Justin works diﬀerently with every student he interacts with to find the most eﬃcient swing possible based on how their bodies move. He helps students to become their own best coach by learning their most common tendencies and provides drills and workouts that help to make the most necessary changes for improvement. 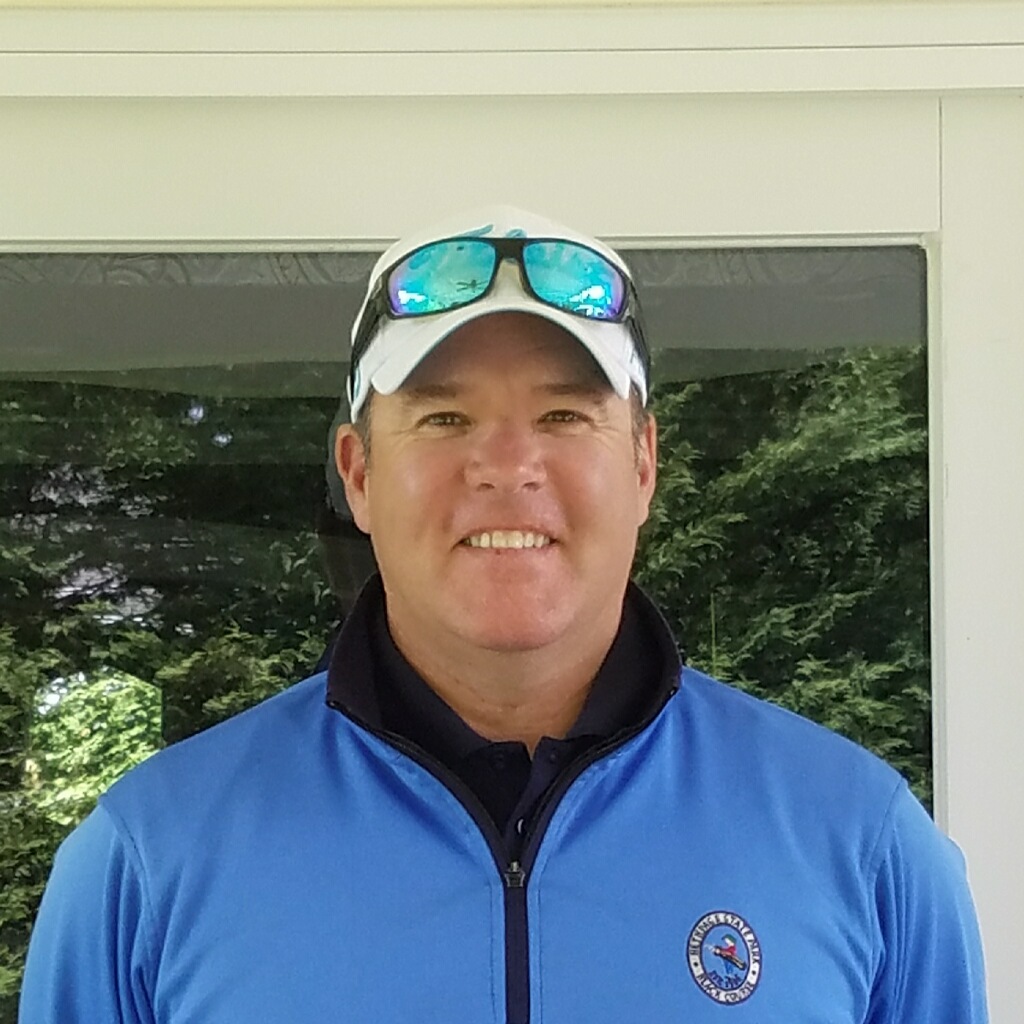 John Jordan has over 8 years of coaching at the D1 level for both Men / Women’s golf teams producing Academic All – Americans and players of the year. At our academy, John instructs both juniors, adults and elite local amateurs. A graduate from University of Massachusetts, Amherst, he received a degree from the Isenberg School of Business. John was also a member of the men’s lacrosse program. John resides in Garden City, New York with his wife and 4 daughters. 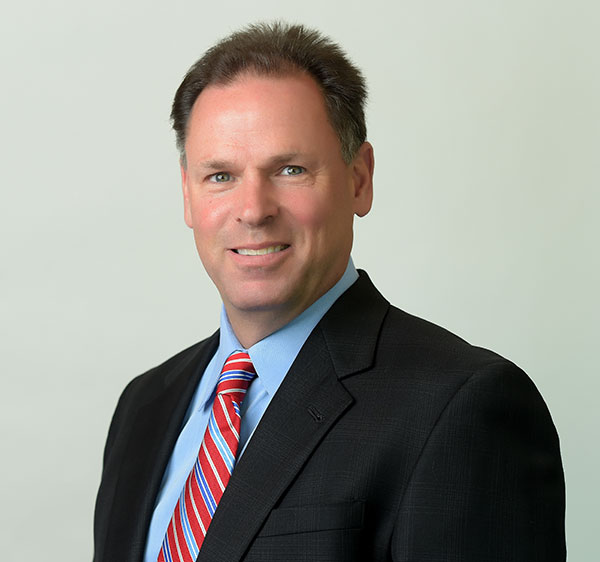 Jeffrey E. Poplarski is a Doctor of Chiropractic. He holds the position as Adjunct Full Professor at SUNY Farmingdale State University in the Sports Management and Biology Departments and LIU Post in the Health, Physical Education and Movement Science Departments.

Dr. Jeff was appointed by the United States Golf Association (USGA) as the Chairman of the Practice Rounds and Caddy Committee for 7 U.S. Open Golf Championships. Since 2002, Dr. Poplarski has been Chairman of the U.S. Open Golf Championship Wellness Team, totaling 18 years with the USGA. He currently instructs the “First Swing” golf clinic for the handicapped, sponsored by the Eastern Amputee Golf Association. Dr. Jeff was also the Chairman of the 2018 and 2019 Senior U.S. Open Wellness Team at the Broadmoor in Colorado Springs and the Warren Course at Notre Dame. Dr. Jeff also provided sports medicine coverage at the 2019 and 2020 U.S. Amateurs at Pinehurst and Bandon Dunes!

His expertise has enabled him to chair the golf caddies at the 2012 Barclays and 2019 PGA Championship, held at Bethpage, Black Golf Course. He was a presenter at the Laser Spine Institute (LSI) Golf and Fitness Symposium, 2013 and presenter at the 2014 Dormie to Dorm Golf High School Golf Showcase on golf performance. Dr. Jeff is an Emergency Medical Technician (EMT-B) and the Sports Performance and Sports Medicine Director for the Farmingdale State College Hockey Team. He’s also helped lead St. John’s University’s Golf Team to their 2013-2014 Big East Championship. Dr. Jeff was a Presenter at the New York State Chiropractic Association (NYSCA) Convention (2015) and Wisconsin Chiropractic Association (WCA) Convention (2018) on Golf Performance through Chiropractic Care and Fitness. He also will be presenting to the 2018 New York State Chiropractic Associations (NYSCA) Convention on Developing Power in Athletes through Chiropractic and Fitness. Dr. Jeff also presented at the 2020 Global Youth and Family Golf Summit.

Dr. Jeff has also volunteered his time and talent at The United States Olympic Training Centers in the summer of 2016 in Chula Vista, California and in the summer of 2017 in Colorado Springs, Co. Dr. Jeff is also has worked closely with the Golf Teams at Manhattan College, Iona College and the LIU Post Women’s Golf team. Dr. Jeff has also been the Sports Medicine Director at Five Towns College and has worked closely with the Athletic Department since 2016. He is also certified, Level 3 in SuperSpeed Training

Dr. Jeff has contributed articles for Newsday’s Hi-Five High School Sports insert and Newsday’s Wellness magazine. He is Director of Sports Medicine for the Massapequa Annual Firecracker 5K, and The Merchant Mile, runs. Dr. Jeff provides  charitable service to the community, giving several lectures on various health and sports medicine topics throughout the year. He is the recipient of the prestigious “Let Us Do Good” Award in 2007 for outstanding dedication and service involving his work with the Tunnel to Towers Run. His sports medicine team was awarded the “Let Us Do Good” Service Award in 2010 for their work at the Tunnel to Towers Run.

Dr. Jeff coached basketball at high school and college levels. He is the recipient of the 2011 and 2015, Farmingdale College Foundation Award for “Excellence in Teaching”.

Golf Channel Academy with Kelley Brooke operates out of some of New York’s finest golf destinations.

Bethpage State Park is one of the most popular and cherished public parks in the nation.  Located in suburban Long Island in close proximity to New York City, Bethpage is a mecca for public golf featuring five 18-hole regulation golf courses, including the world-renowned Black Course.  In addition to Bethpage Black hosting the United States Open Championships in 2002 and 2009, it was also the site of The Barclays PGA Tour events in 2012 and 2016. Future events include the PGA Championship in 2019 and the Ryder Cup in 2024. 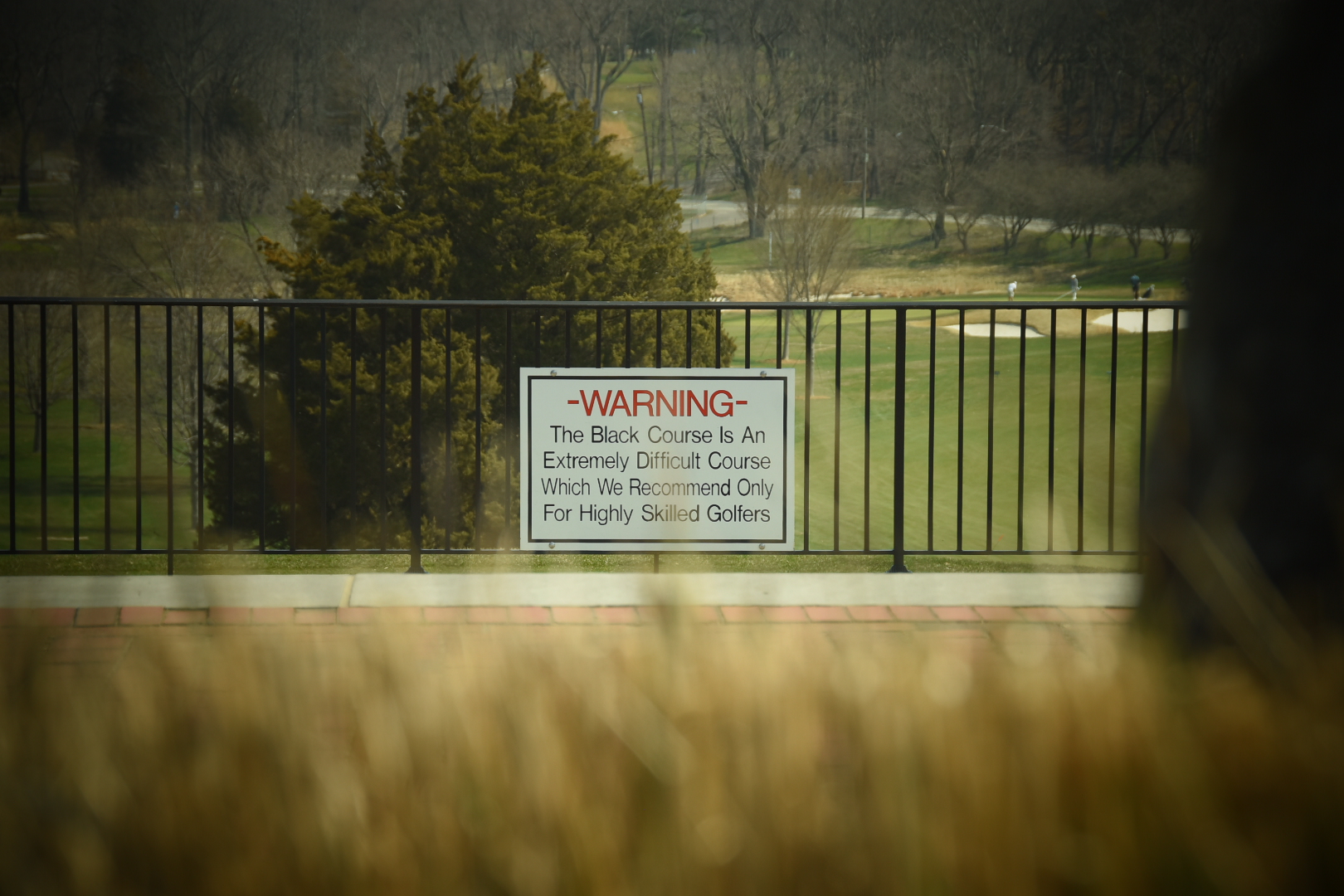 Golfers enrolled at Golf Channel Academy locations will not only have the opportunity to learn from the very best coaches in the game today, but will be able to track their progress using advanced swing analysis tools and a proprietary player-coach communication platform that will accelerate their progress.

The underlying philosophy of Golf Channel Academy—which all of our coaches reinforce—is that good coaching takes place over a period of time, not just one lesson. The relationship between coach and student is more than just “one and done.” This is how “teaching” becomes “coaching,” which we describe as an on-going relationship devoted to long-lasting improvement. Everything about Golf Channel Academy is devoted to enhancing the “coaching” experience for both teacher and student.